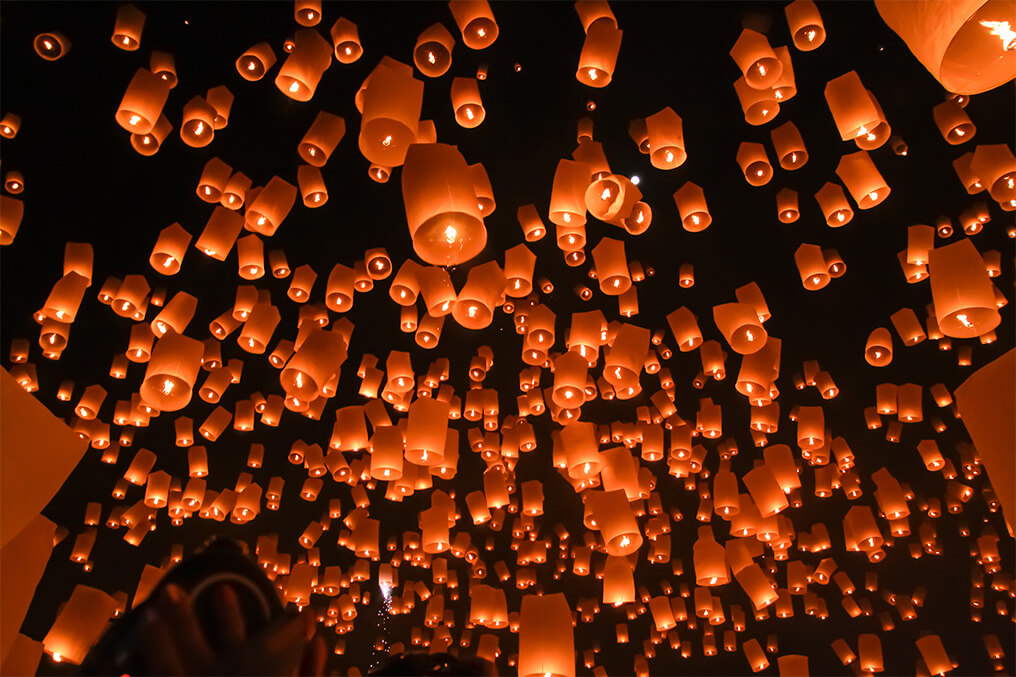 The Lights of Many Beacons guided 15 year old Aziz Hadeed as he left Syria in search of his brother, who had gone before him to Brazil.

The Journey to ‘Brazil’
He boarded a ship to this faraway land, but his money took him only as far as Marseilles. Lost and alone, he met a cobbler on the dock and asked if he could carry his box in exchange for enough money to buy food. This kind man began teaching young Aziz the trade, and in the next year and a half not only did he become a fine young cobbler, but he also gained a reputation as the best shoeshine boy in all of Marseilles. His service was second to none.

Aziz diligently saved enough money to continue his journey. This time it took him as far as Grenada. Thinking he had arrived in Brazil, he sought out the tiny Arab population to find his brother. They advised him to travel to Trinidad where there was a bigger Syrian community. He hitched a ride on a sloop and, after a violently seasick journey, Aziz arrived on the docks of Port of Spain as a penniless teenager.

What the Peddler Became
He soon met the Sabga family who agreed to give him cloth to sell on their behalf. So he became a peddler and travelled all around Trinidad with bundles of cloth doing what he did best – offering great service.

Many of his Customers became his friends because he was always personable and respectful. He started offering credit to those who couldn’t afford to buy shirts and pants, or even khaki pants for their children to go to school. He would go back the following week to collect, thus giving them a chance to put the money aside. They expected him at a certain time and he never disappointed – he was always punctual.

In the years that followed Aziz became a hugely respected businessman in Trinidad and Tobago, and in 1972 he founded the Caribbean Insurance Company Limited. He knew all of his Customers personally and considered many of them to be his friends.

Raymond Harford, Manager at what was then Barclays Bank of Trinidad and Tobago, said that Aziz was the only person to whom he would give credit based solely on his word. Such was his reputation as a truthful and honest businessman. Mr Harford knew that if Aziz Hadeed made a promise, he would keep it.

Service above all; punctuality; truthfulness and honesty; and if you make a promise, keep it. Mr Hadeed engrained these principles into his son, Gerald.

Beacon was Born on a Promise
And upon that foundation Gerald Hadeed founded The Beacon Insurance Company in 1997.

Gerry learned from his Dad that Insurance is about being true to your word, so he coined the Company motto: “Insurance is a promise to pay. At Beacon we keep our promises.”

We now have Branches in Tobago, Barbados, Grenada, and St Lucia, and are represented by Agencies in St Vincent & The Grenadines, St Kitts & Nevis, and Dominica.

But we’re still a family
What’s different about Beacon, though, is that growth has not taken away the family atmosphere. Gerry’s door is always open to his 200+ employees, and you can see a friendly and caring attitude everywhere – it’s in the DNA of the Company culture.

This is why we have families who’ve been insuring directly with us for over 45 years. Grandparents began with Aziz in the 1970’s and the third generation are still insuring with Beacon.

They know first-hand that our business model is built on our promise to pay legitimate claims quickly.

What do coffee and hurricanes have in common?
Gerry illustrates the promise with a story about coffee: “When a customer is paying their premium it’s like if they’re getting to smell the wonderfully reassuring aroma of good coffee – but it’s not until they have a legitimate claim do they actually get to taste the coffee. It’s our duty to help our Customer taste how delicious the coffee is when they’ve suffered a setback.”

This commitment can also be seen during the hurricane season. Beacon Insurance always has Adjustors with laptops and chequebooks on standby in Trinidad, ready at a moments notice to travel up the islands to settle legitimate claims and help our Customers get back on their feet after a disaster.

Service above all…
…along with punctuality; truthfulness and honesty; and keeping your promises.

Gerry Hadeed believes these are core principles of not only a successful Insurance Company, but ultimately of a successful human being.

Get to know more about Beacon – check out our Company Profile.

We’ve recently introduced UChoose Private Motor Insurance. Now you can go online and put together your own policy to suit your budget.

And if you need a hand financing your Beacon premiums, our partners at North West Premium Finance can help.

You can always contact our Team directly during office hours.